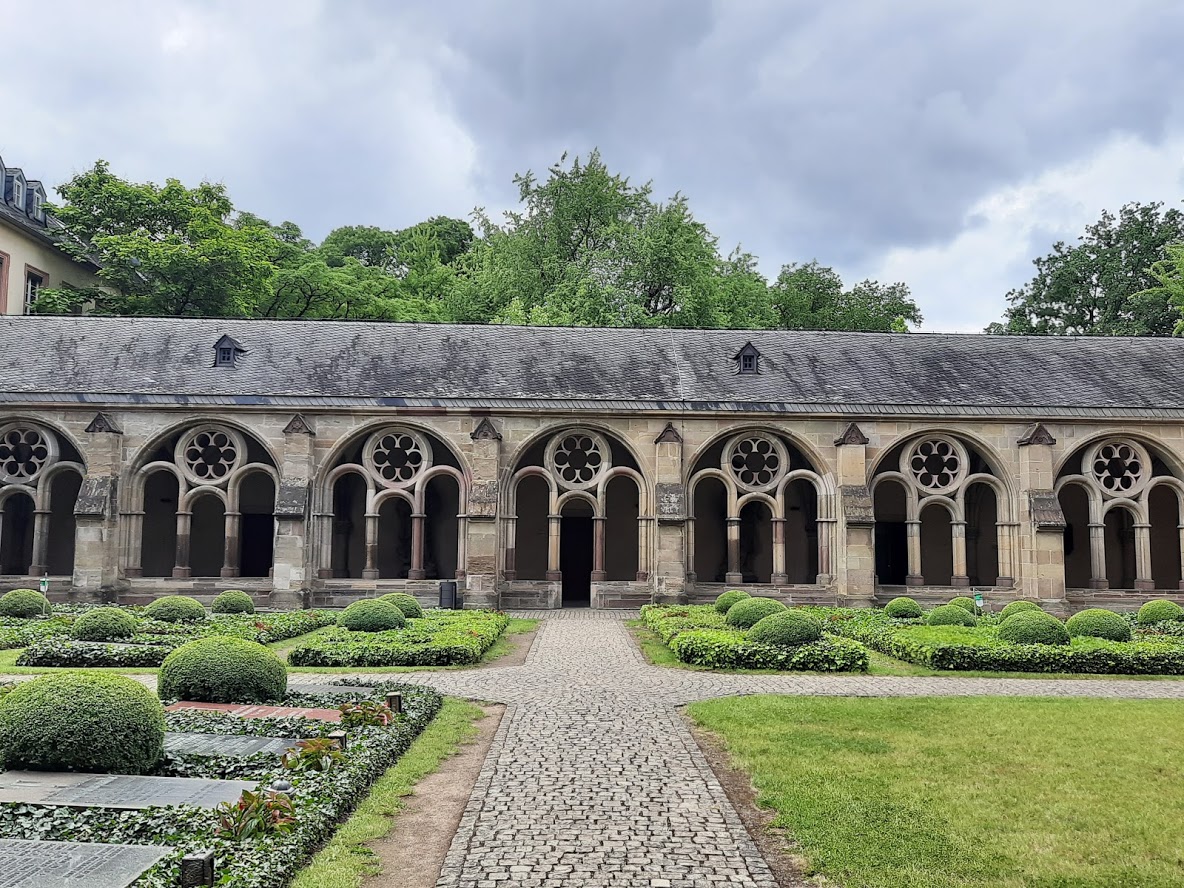 I held this lecture about interruption from a Christian perspective in the framework of #DialoguePerspectives on Friday, June 19th June.
A Jewish and a Muslim perspective were also presented from my Jewish and Muslim collegues. The discussion afterwards was broadening perspectives again.

Why did we – as religious advisors – end up talking about „interruption“ from the different religious backgrounds?

I came up with the proposition to talk about the topic „interruption“ from different religious perspectives, because I remembered a famous Christian saying. It goes like this:

„The shortest definition of religion is interruption!“

The quotation comes from the German Catholic theologian Johann Baptist Metz (1928 – 2019). He  was a strong supporter of a contextual and political theology of liberation. What he meant with it: According to a Christian theology of liberation theology is seen as a source and a resource for liberation and guidance out of oppression and infustice, out of violence and hatred.

For the bible is telling numerous stories about how God led his people of Israel, and all believers out of slavery in Egypt, out of exile in Assyria, Babylon, Persia, and elsewhere.
This kind of theology shows how social changes and transformation always started with interrupting or even stopping the normative, the  so called self evident, the daily routines and procedures – namely those of pharaoes and dictators, those of powerful leaders and militant empires.

I am convinced that talking about interruption is a very political thing, because it encourages breaking out of restrictions, boxes, cateagories and structures of normativity. But it also is a very „religious thing“, because it interrupts daily routines, and hamster wheels. And it sets aside time and space for something else, which could be called a mysterious sphere, or time and space beyond human feasability and logic. It is transcending human normativities into secret spheres of transcendence and the opaque. Hence, it is opening up time and space and new perspectives for the complexity and ambiguity of human realities and beyond. Whether „interruption“ is also an important phenomenon in other religions, and what it means, we will see and discuss today.

Interruption from a Christian Perspective

Sunday as a day of interrupting work, and a day of prayer and peace

According to Christian understandings, Sunday is the first day of the week. God gives Christians the day of rest, so to speak, because God herself has taken a break from creating the world on the seventh day. That´s what we read in Genesis chapter one and two in the first report of creation.
God gave this day of rest to the people so that they could collect power and strength, before they started daily lives with renewed energy.

Up to this day during Sunday services daily experiences are reflected upon from different biblical and theological – perspectives.
In an ideal situation, all people bring their personal stories with them to church. And through prayer, reflection, music and contemplation they get new insights and orientation for their lives. Hence, daily daily view points get interrupted, the framework of reflection gets shifted.
That´s an interruption of how to look at life and challenges, and how to assess and judge them, or not to judge them any longer

Furthermore services and prayers interrupt daily routines, thus, temporal categories. And church rooms are different as compared to other places in private or public spheres. Churches are „heterotopic places“ as Michel Foucault has called them. Which means churches are „other“ places, different places. They can also be safe spaces for instance for refugees in church asylum. Hence, churches also interrupt spacial categories. At the very best case, prayers and services are breaking through normativities, human categories and boxes.

An example from – what Christians call the Old Testament: Prophet Ezekiel

He showed his people with gestures and actions coming from his own personal life how human restrictions, and conventions had to be stopped in order not to follow the way of power, money and glory any more, but to follow God´s plan: That is: the path of believing in God, respect and simplicity.

This kind of faith breaks through generally accepted patterns, for example when dealing with power, with consumption, with time. Something breaks out of the ordinary. Like the prophet Ezechiel and other prophets did brake through conventions and patterns of „normal behavior“.

Prophets like Isaia, Jeremia and Ezekiel and others interrupted concepts of daily lives with their preachings and sometimes with their actions like Ezekiel breaking through a wall in order to shake up the people of Israel. What prophets said: Stop your lifestyle away from God! Stop it now and turn around to a life accoring to God´s will! Prophets were not only preachers but interruptors of human logic and concepts of the „normal“.

An example from the New Testament: Jesus of Nazareth

When Jesus was about thirty years old, according to the Gospels of the New Testament, he started to preach and heal in villages of Galilee. He wandered from village to village. He met very different people and spent time with them. Sometimes just a short moment. And yet, this moment interrupted life for many. Daily routines were suspended and new perspectives given. Jesus listened to people, he took them seriously and asked them what they needed. For some it was the first time that someone had stopped at their place and asked them how they were. Suddenly they were visible and seen by someone. Suddenly they were important enough to be asked. This attention interrupted daily patterns of thought and action. And it neglected that they had been practiced for years, often even for decades.

Jesus also healed people on Shabbat. Scholars and teachers approached him and critized him for that. For Jesus was a Jew, and he knew that actually nobody was allowed to work on Shabbat. But Jesus said:

Jesus interrupted the seemingly self evidence of laws and norms and questioned them.
Overall, Jesus was an interrupter. A space, time, and routine interrupter. He broke rules, he interrupted so called self evident behavior patterns, and shook them up. Those who wanted to follow him had to leave everything behind, they had to end their previous lives, and not look back. In this way, Jesus was a radical breaker of everyday life routines and places.

The tradition of the monks and nuns in Christian cloisters and monasteries over the centuries was and is the closest to pick up on this tradition. Because they exchanged their „normal life“ for a strict life in work, prayer and contemplation before God.

But even so called „normal believers“ interrupt their everyday lives when they sit down, and pray deliberately, whether it is a small private prayer or whether they attend a public service in a church on Sunday. Whether they are on a pilgrimage or meditating in silence. It’s about interruption, pausing, breathing, listening, praying. It is about temporal and spacial interruptions.

It is time and space for the question:
What is really important to me in life?
What is central and meaningful?
How do I want to live my life beyond constraints and seemingly obvious rules and restrictions?

So, for me this is the message of interruptions:
Nothing should be taken for granted.

We all have to change and interrupt injust and life threatening norms and structures.
Racism, like the hate crime murder of George Floyd, sexism, homo-transphobia and xenophobia show those structures brutally every day.
We need to transform them.

Interruption of time and space is a chance to reflect upon other values beyond power, property and consumption. Religions can help with that.