We were hoping for the good, but bad came… 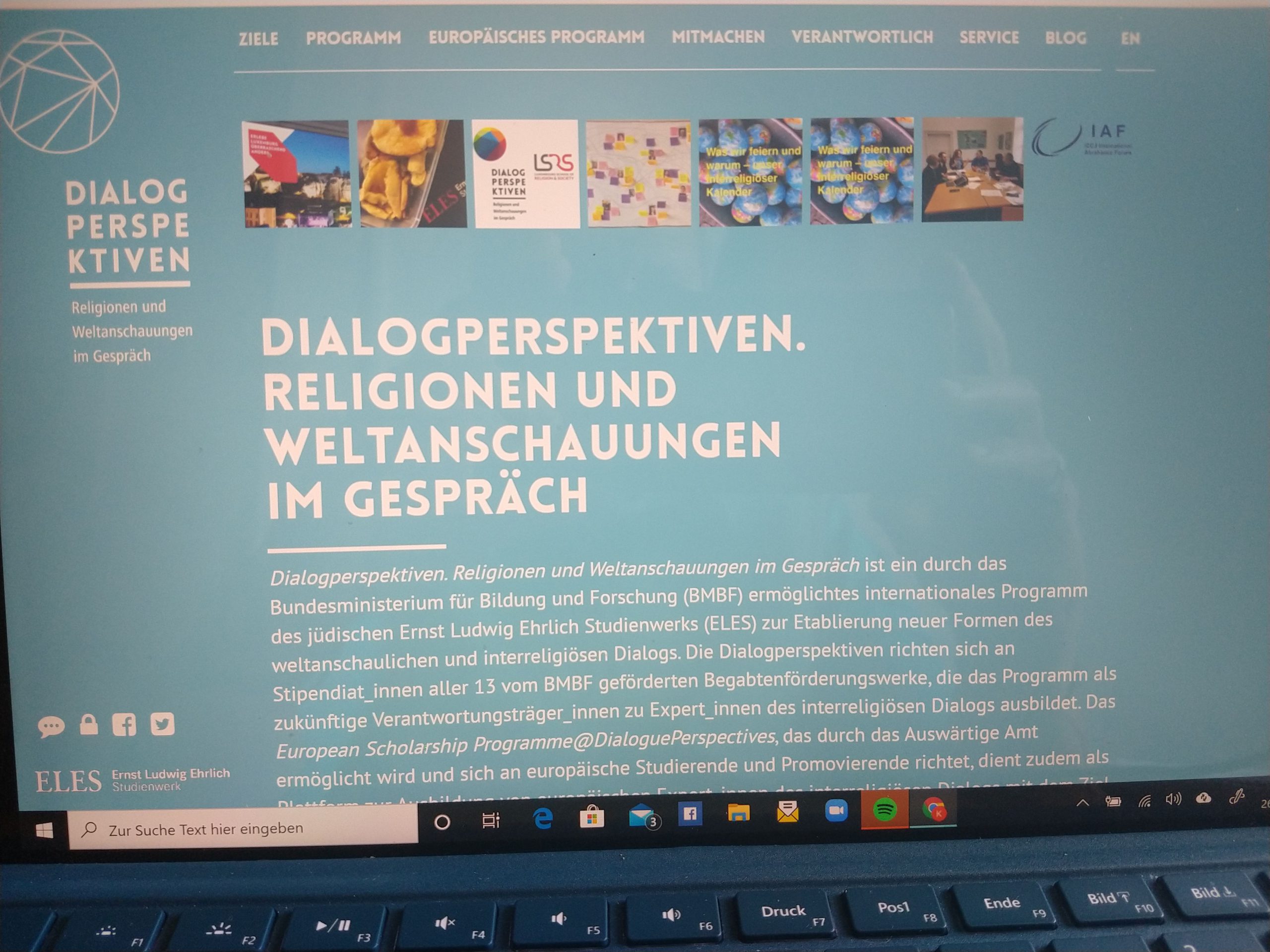 The following thoughts about Job 30, 26 – 31 I shared during an ecumenical online service within the framework of an European and interfaith online seminar of  „Dialogue Perspectives“  on Sunday 29th 2020.

„I was waiting for the good, and the bad came; I was hoping for the light, and darkness came.“

We were hoping for a cure, but it was getting worse. We had hoped for better times, but more and more sick and terminally ill were coming.  They were worried, afraid, they were not well. Many of them died or are dying. Families and loved ones are not allowed to visit them.  It has gotten worse, and the end is not in sight.

We had hoped for better times, instead it was getting worse: First schools and kindergardens closed, then universities, offices, theaters, cinemas, football stadiums, churches, synagogues, mosques … and it was still getting worse. Now we can hardly go outside.  Public life is strictly limited, almost dead. It has gotten worse, and the end is not in sight.

Employers and employees in companies, business, and in all industries say this:

We were waiting for improvement, we hoped for light, but there was only darkness: one company after the other has to close, many are facing bankrupcy. The economic existence of little shops, start ups, small companies, freelancers, bookstores, and travel agencies is just as much at stake as the existence of big companies.  They had hoped for the better, but it got worse. It has gotten worse, and the end is not in sight.

It was the same with Job. He was known to be a very wealthy, just and pious person in biblical times. His fate is described in the Tanach and in the Old Testament in the Book of Job. Job had become the game ball of an experiment between GOD and Satan. The two wanted to see if pious Job would fall away from believing in GOD if bad things happened to him. So little by little they took away everything he had, and what he loved: He lost his property, his flock, members of his famliy. None of this changed the fact that Job continued to trust in GOD. Even when he became seriously ill, he still said:

Have we received good from God and shouldn’t we also accept evil?“ (Job 2:10)

But it just got worse. Three friends came to Job, and first they did the right thing. They didn’t speak a word for seven days, they were just there with him. But then they tried to explain his misfortune to Job.  And it always boiled down to the fact that Job must have done something wrong in his life, he must have been guilty at one point, because such misfortune had happened to him.

This is how many religious fundamentalists explain the current corona crisis. What they say: The world was and is evil, and therefore God’s punishment is coming now. The world has fallen away from the path of faith. People no longer believe, and they live decadent and sinful lifes. They have sex before marriage, they are unfaithful, they are gay, lesbian, bi*, trans*, genderqueer and live against GOD’s commandments.  And that´s why GOD is punishing the world. The nonbelievers, atheist, and all evil others are to blame! That´s what they say online and offline these days. And that´s what Job´s friends said to Job long time ago: You must have done something wrong, Job! Otherwise, it would not have happened to you.

Job resisted these accusations, and his tone toward God grew loud and urgent. He was innocent, and he challenged God. It was clear to Job: God had done wrong to him. God should no longer harm him.  The name Job in Hebrew means: Where is the Father? Where is GOD?  And that was exactly what Job cried out:

„GOD, where are you? Why are you doing this to me? What have I done wrong?“

Chapter after chapter in the biblical story Job and his friends fought about guilt and mistakes until God himself spoke to Job. And he said:

How did the story end? At the very end of the book, Job got back what he had lost:

It was like reparation given from GOD to Job.  Biblical scholars and rabbis emphasized that „twice as much“ was exactly what someone had to pay if somebody had committed theft (according to Exodus 22,3.8).  Hence, GOD compensated Job with a sum that confirmed: GOD had stolen everything from him: his wealth, his family, his flock, his health.  In the end, Job´s fate changed to the better. But until it got this far, Job struggled and persisted. Almost grim, he clung to God, asked him to show up, argued with him, screamed and yelled at him. He accused GOD. And at the same time he stayed where he was, tried to protect himself and his family, and he persisted. In spite of everything.

The story of Job tells us three things:

What does it mean for us?

The corona crisis is horrible, scary and dangerous for many, in fact, for everybody. We are all challenged, and we all must be mindful and act according to the advices and rules of scientists, medical researchers and doctors.

Allow yourself to be sad, frustrated and worried.   Allow yourself to complain to GOD! Talk to him, talk to others over the phone, use skype calls, E-Mails, video conferences, and chat. But remain respectful, patient, and mindful. And follow the rules of social distancing. The crisis is not over, yet. But it will get better someday! The fate of Job proved it to us. And God stayed with Job, and blessed him. In spite of everything else.
Amen.